Banyo is a northern suburb of the City of Brisbane, Queensland, Australia. It is a community split between residential and industrial land usage, the latter being attracted by the accessibility of local transport, including the Gateway Motorway.

Banyo and the neighbouring suburb Nudgee, with which it is intertwined in many respects, are both rich in local history. This history includes the recent preservation of an Aboriginal Bora Ring. The areas of Nudgee and Nudgee Beach border on the Boondall Wetlands, which is protected by the Brisbane City Council.

Banyo has vastly increased the number of its business and industrial parks in recent years due to its close proximity to Brisbane Airport and the nearby Port of Brisbane. Nudgee Road is progressively becoming a commercial hub due to its connection to the Gateway Motorway, with a large service centre and petrol station and with new industrial grounds under construction overlooking the motorway itself.

The Australian Catholic University chose to establish its Brisbane campus on the site of the former Pius XII Seminary. This teamed with Woolworths Supermarkets also setting up residency in the suburb has boosted the Banyo housing market.

When it comes to properties, our core belief is simple:

“It costs less to get it right the first time”

Keep informed … keep ahead of the rest!

Over 3,000+ new properties and projects on offer

It’s the ones you don’t know about, we make sure you do

Register Now and keep up to date with all the latest listings and relevant updates. 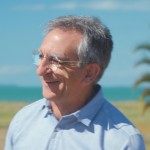 Director
0439919707
Freedom to Choose
Joe talks, eats, and sleeps real estate, and has done so for over 30 yrs now but he still does it with a passion! Whether a client is in the market for an apartment, townhouse, coastal property or house and land package, Joe is there to help you out.
Read More

"I am an experienced investor with an existing investment portfolio of shares and an investment property.

I arranged for Joe to acquire my second property

"I am an experienced investor with an existing investment portfolio of shares and an investment property.

I arranged for Joe to acquire my second property because they know where to find high-quality properties that offer high capital growth.

I was fortunate enough to secure a ground level opportunity in Noosa - and I am expecting healthy capital growth."